Are Ebikes For Kids Allowed In The US?

By Addmotor | 24 December 2022 | 0 Comments Share：
Are ebikes for kids allowed in the USA? This is a question that many parents have when they are looking to purchase an electric bicycle for their children. The answer, unfortunately, is not a simple one. There are a few factors that you need to consider before making your decision. This blog post will explore the laws surrounding electric bicycles in the United States and help you decide if an electric bike is right for your child! Are ebikes for kids allowed in the US?
While the use of electric bicycles, or "ebikes," has become increasingly popular in recent years, there is still some confusion about the laws governing their use. In the United States, there is no federal law governing ebikes, which means that each state is free to set its own rules. However, most states have adopted laws that are based on the AAA motor vehicle code. As a result, ebikes are generally treated like traditional bicycles, with a few important exceptions. One key exception is that children under the age of 16 are not allowed to operate an ebike on public roads. In addition, many states do not allow ebikes on sidewalks or bike paths. As a result, if you are considering purchasing an ebike for your child, it is important to check the laws in your state to ensure that they will be able to use it safely and legally.

What are the benefits of an ebike for kids?
There are many benefits to riding an ebike, including increased physical activity and a reduced carbon footprint. However, some specific benefits may be of interest to parents considering an ebike for their child. Here we will explore a few of those benefits.

1) Ebikes can help kids get more exercise:
We all know that getting enough exercise is important for children, but it can be hard to get them to be active. Riding an ebike is a great way for kids to get the exercise they need while having fun at the same time!

2) Ebikes can help kids explore their world:
Riding an ebike can open up a whole new world for kids. They will be able to explore their neighborhood and beyond in ways they never could.

3) Ebikes can help kids get to school safely:
If your child is too young to drive, an ebike can be a great way for them to get to school safely. Many ebikes come with features such as lights and reflectors that make them more visible to drivers, making them a safer option than walking or biking on their own.

4) Ebikes can help kids save money:
If your child is old enough to drive, an ebike can be a great way for them to save money on gasoline. Electric bikes are much more efficient than gas-powered vehicles, and they cost a fraction of the price to operate.

1) The laws in your state:
As we mentioned above, each state has its own laws governing the use of electric bicycles. As a result, it is important to check the laws in your state before making your purchase. This will ensure that your child will be able to use their ebike safely and legally.

2) The size of the bike:
Electric bicycles come in a variety of sizes, so it is important to choose one that is appropriate for your child. If they are too small for the bike, they will not be able to ride it safely.

3) The features of the bike:
When choosing an ebike for your child, you should look for one that comes with features that will make it safer for them to use. For example, many ebikes come with lights and reflectors that make them more visible to drivers.

4) The price of the bike:
Electric bicycles can range in price from a few hundred dollars to several thousand dollars. As a result, it is important to set a budget before making your purchase.

5) The warranty of the bike:
Many ebikes come with a limited warranty, so checking this before making your purchase is important. This will ensure that you are covered in case anything goes wrong with the bike.

Conclusion
The answer to whether or not e-bikes are allowed on US roadways largely depends on the state in which you reside. Some states have adopted federal regulations governing the use of low-speed electric bicycles, while others have enacted their own laws and regulations. That said, it's always best to check with your local authorities to be sure before taking your child out for a ride on their new electric bike! 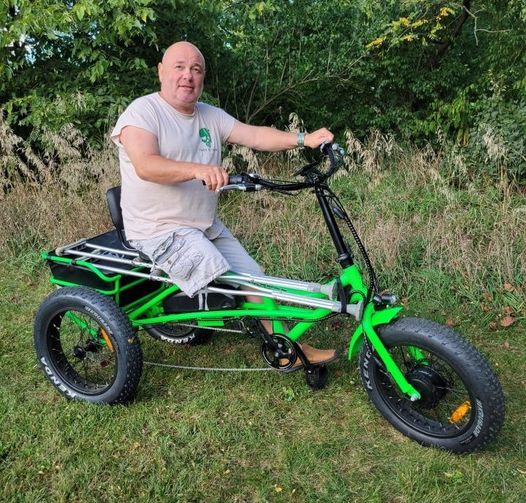