A Cycling Trip in Oregon That You Shouldn't Miss

Portland, the largest city in Oregon, has 350 miles of bicycle lanes (including bicycle lanes, ordinary streets, and multi-purpose lanes), and has been awarded the best cycling city in the United States by "Bicycling" magazine for many years.

Of course, Portland is not the only city with abundant urban trails. Eugene, the second-largest city, also has 187 miles of street bike lanes, 71 miles of signed bike lanes, and five shared pedestrian bridges across the Willamette River.

The riverfront park in Salem, the capital, also has cycling trails that stretch for miles. In the tourist destinations of Bend and Sisters in central Oregon, it is naturally very pleasant to cycle through the sun-drenched tree-lined trails.

For families and cyclists who do not have much mountaineering experience, some beautiful trails in Oregon are ideal choices. The Sandy Ridge Trail System in Sandy City and the High Lake Trail in Eagle Point near Medford in southern Oregon are both good choices. The 26-mile-long McKenzie River Trail in the Willamette Valley forest is a paradise for single-track adventure riders.

In Oregon, you can always see hordes of cyclists sliding on the asphalt road. There are 16 officially designated scenic cycling roads in Oregon, where there are Oregon’s iconic attractions and beautiful and magnificent scenery. The rugged Grande Tourist Scenic Bikeway passes through the towering Elkhorn Mountains and the Blue Mountains, while the Wild Rivers Coast Scenic Bikeway can take you to the south. Charming fishing villages and fascinating beaches along the coast. For families, the Covered Bridges Scenic Bikeway and Banks-Vernonia State Trail are good choices.

If you have a Fat-Tire Bike, you can go unimpeded in various road conditions such as on the beach, snow-covered roads, sandy ground, and loose soil. The wide and thick tires will make you go where other models can't reach. Moreover, you can ride it at any time of the year. Remember the rugged and open southern coast of Oregon? There is a paradise for cyclists. The difficulty factor of trail riding near Bandon beach is 2 stars. If you want to challenge the difficult 5-star path, go to the Oregon Dunes National Recreation Area.

In winter, ride on the trails of the Wanoga Snow Park in the Deschutes National Forest, take a breath of clear air, and feel refreshed. The wide tire bicycle has super grip and stability, riding it, you can come to a beautiful air spin anytime, anywhere.

There are hundreds of miles of trails in Oregon, some of which are rugged, but most of them are gravel roads and unpaved forest service roads, abandoned carriage lanes, and some remote biking trails. Popular routes are Stevens Canyon Loop, which winds through the ponderosa pine forest near the city of Sisters; Steens Mountain Loop, which has Alward in southeastern Oregon. The bizarre beauty of the desert and the Malheu National Wildlife Refuge; the steep Three Waterfalls Loop, which passes through the mountains of Umpqua National Forest, where there are three beautiful waterfalls (Spirit, Pinard, and Moon waterfall).

Now, do you think Oregon is a cycling state? After talking about the numerous cycling destinations above, let's turn our attention to one of the most popular rural cycling routes. This cycling loop is called: The Twin Bridges Loop Scenic Bikeway.

The name is derived from the two bridges that cross the Deschutes River. These two bridges vividly show the beauty of the wetland in the middle of the river and the surrounding pastures. Throughout the cycling journey, the scenery of the Cascade Mountains continued to show up in front of you. The natural scenery along the way, highland deserts, farms, hayfields and wild animals, etc. will add to this cycling journey.

The starting point and ending point of the Twin Bridges Loop Scenic Bikeway are in Drake Park in Bend. There are restrooms, parking lots, and picnic tables in the park. (There is a scenic spot between the Deschutes River and the Mirror Pond.) Starting from Drake Park, cycling along city streets and countryroads for 7 miles, turning to Tyler Road, passing Shevlin Park (a rest area place).

Although the traffic volume on rural roads is low, you must pay attention to some agricultural equipment and multi-purpose roads (horses, tractors, etc.) when riding. A short section of the road is on Highway 20, where there are bicycle lanes. On the return journey, I will pass by a beautiful town called Tumalo, where I will stop for a short break, and then start the return journey, sliding all the way on the long and narrow bicycle path, passing by Tumalo State Park, and finally arrive at the base camp Drake Park. 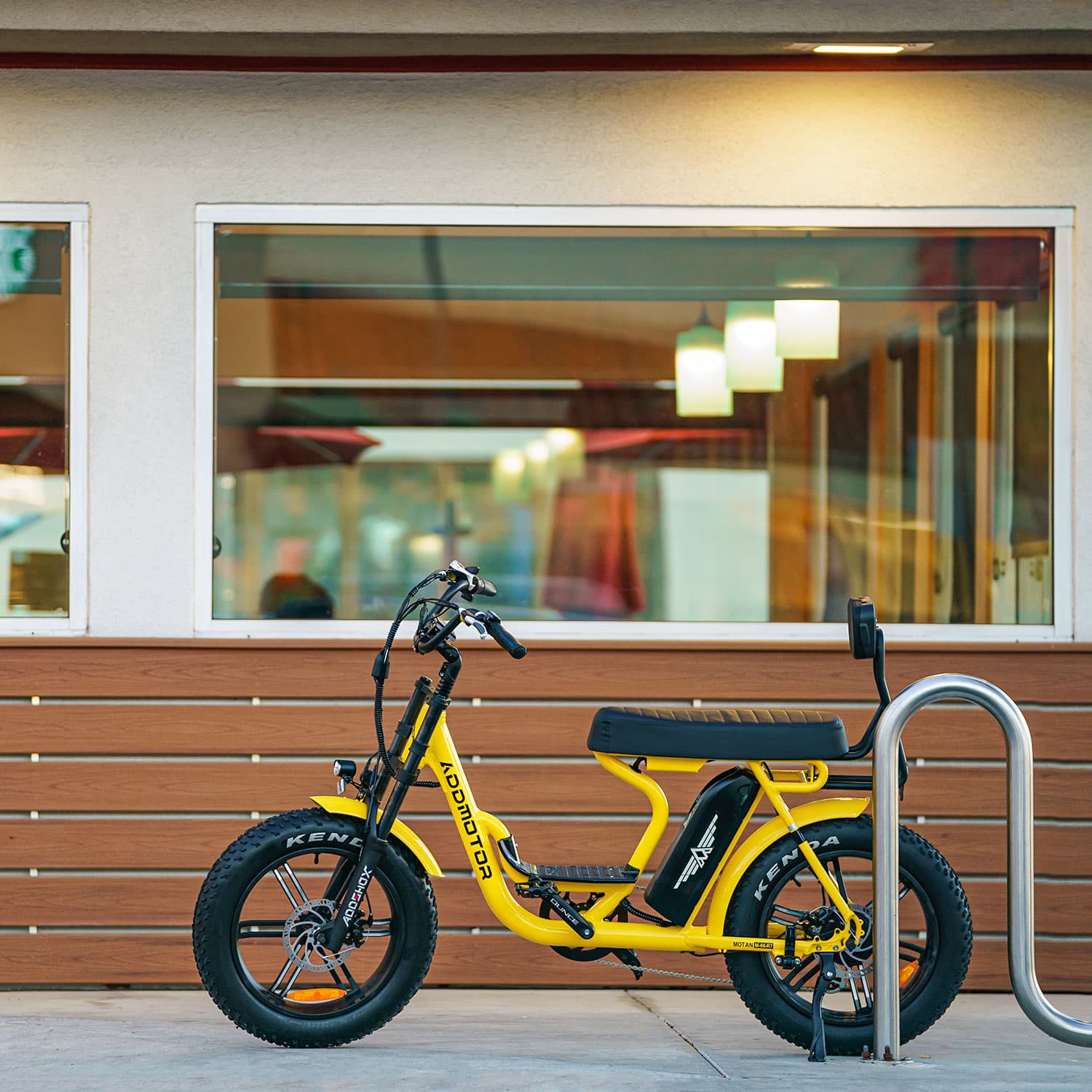 Everything You Should Know About Types of Electric Bikes The Advantages And Disadvantages Of Riding An Electric Bicycle