A Few Factors About Motor for You to Choosing Ebikes

POWER is probably the first thing people are going to start comparing when they look at different electric bikes.

250 watts may not seem like much, but 250-300 watts is the range of power sustained by a professional cyclist. That is similar to a pro athlete hidden in your bike pedals.

500 watts is a small bump in power, but it's common. It's enough power to maintain 20 mph on flat ground, even on a fat bike. At 500 watts, the hills start to melt away and become more gradual. It may struggle to get up the steeper hills and you may have to pedal to help the motor. Most bikes that have a throttle-only option can make up most hills without pedaling at all. If they will do that for sure, of course, depends on the rider's weight, the gearing, whether it's a mid-drive hub motor and other factors.

750 watts is the legal maximum in the United States. With 750 watts, you will be able to fly up most hills on throttle only and get up to top speed very quickly. 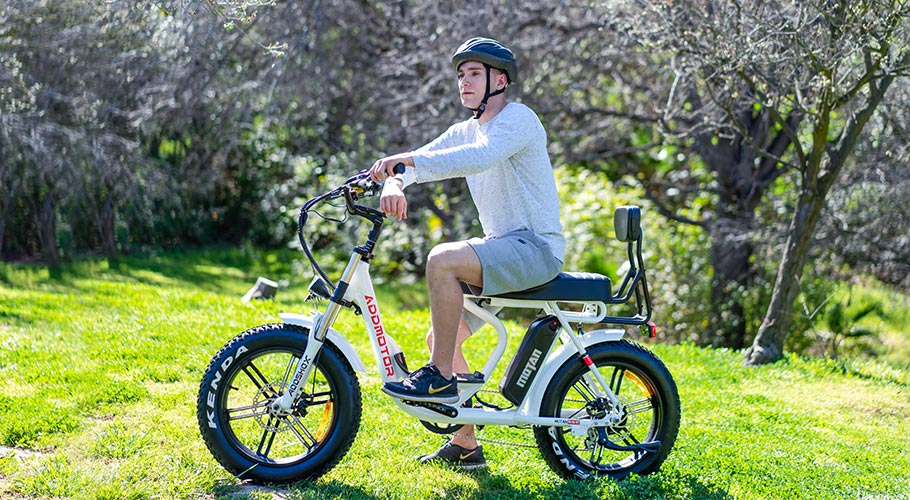 Other than that, there are 3 major types of e-bike motors you can see on the market.

If you want reliability and all-around capability for riding, I would recommend the geared hub motor.

A Bafang 750-watt motor I have has a 5-to-1 reduction. That means that for every one rotation of the wheel, the motor has to spin five times. It also means that the motor is spinning at a higher RPM and it’s giving you better torque output to the wheel. It has more torque than a direct-drive motor. They are also physically smaller and lighter than direct-drive hub motors.

The direct-drive hub motors tend to be heavier and are better for more powerful applications.

A direct-drive hub motor looks like the geared hub motor, but the outer diameter is larger. It is so named because it is a direct drive to the rear wheel. One turn of the motor equals one turn of the bicycle wheel, which makes this type of motor better for higher top speeds, but doesn’t necessarily have as much torque as a geared hub motor. If you live in a flatter area or you want higher cruising speeds, a direct drive hub motor might make sense for you.

A mid-drive motor is one that is found up by the cranks of the bike. It turns the sprocket by the front and then turns the chain. So all the power is running through your chain and through your gears and through the derailleur on your bike, you can shift through gears like you would in a car or a motorcycle. You can shift into low gear when you climb a hill and then shift into high gear when you’re on a flat area or heading downhill and want to hit a higher top speed. So, mid-drive motors feel more performance-oriented. You switch gears using the power of the motor, and this is what gives the wider range of power, anywhere from pulling wheelies on the low end up to very high, 35-mph-or-more top speeds on the high end, assuming it’s unlocked and off-road, of course. But the downside is that you are running all of the power through your drive train, which means more wear and tears on your chain, your derailleur, and your rear freewheel or cassette.

5 Reasons To Own A City Electric Bike 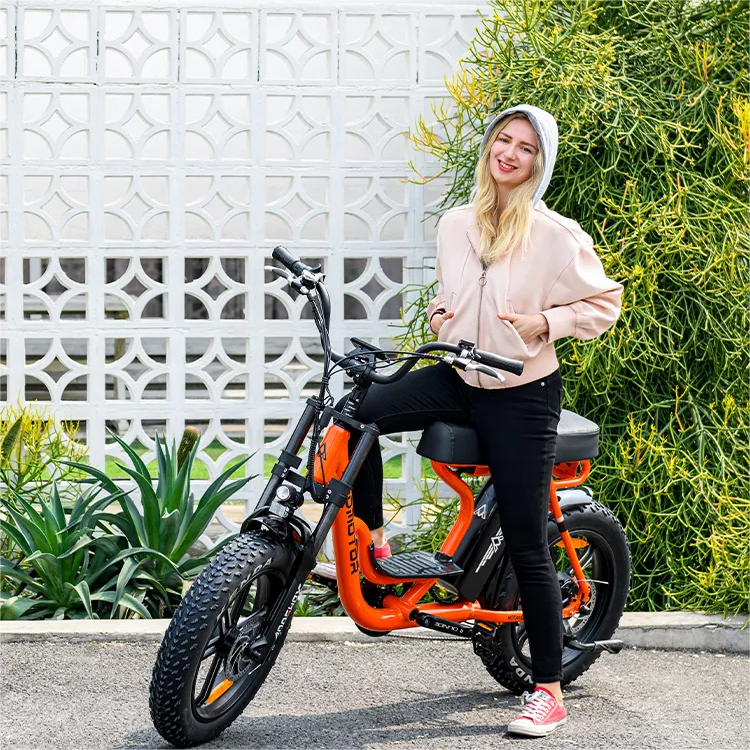 How to Choose Electric Trike As a Pet Lover?